Stepping into the future

Sure my laptop was more than five years old and showing its age at times but I was still quite happy with it, unfortunately some mechanical part broke down and the lid couldn't be closed anymore, not practical.

So I now have a Thinkpad, first time I don't go for a cheap assembled computer, first time I get to buy a Windows licence, scratched as soon as I boot it up.

I still do not have migrated everything, but I got my GNOME development environment set up already, and used the opportunity to fix a build issue with nss on 64bits archs, and while I was at it I also fixed xulrunner to build, using the nspr and nss libraries installed by jhbuild. Mozilla built in jhbuild, the next logical step was to check if I could gnome-shell built in my full jhbuild system, and sure it managed without a glitch.

However starting gnome-shell was a pain, way too slow, actually not slow but terribly sacadated, something was really wrong, as the processor showed little activity. It's finally the day after that I looked at it again and took measurements, how strange, the screen is refreshed only every three seconds! Then I checked with a sample Clutter app and it had the same behaviour, so I looked at Clutter debugging infrastructure and read the Running Clutter page, to learn about the available debugging modes but just below there was a note on CLUTTER_VBLANK and I gave it a try.

CLUTTER_VBLANK=none and voila, it works! I could at last try gnome-shell And to be honest I was pleasantly surprised, I only gave it a shot once, months ago, and it sure improved and is quite usable now (in fact I am using it at this moment), and it goes really well with my dark theme. Congrats to the gnome-shell people!

And now the paint has dried, I'll go back to my Sunday paint job... 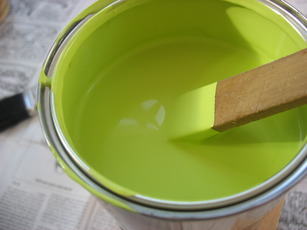