At the dev doc tools hackfest

We had some glühwein this evening in freezing Berlin, so of course the hackfest is going well… I came with my very own tasklist, mostly centered on improvements to library.gnome.org, this means I didn't participate in the writing of the 10-minute tutorials (they are progressing nicely) and mostly went hacking on my own instead.

My first objective was to improve Mallard support, as I wrote initial support last year and it needed a serious refresh to work with current documents. Basically it meant switching to yelp-xsl and updating the generation of Mallard cache file. It's already pushed to the repository, and you can have a look at the Empathy documentation for an example. 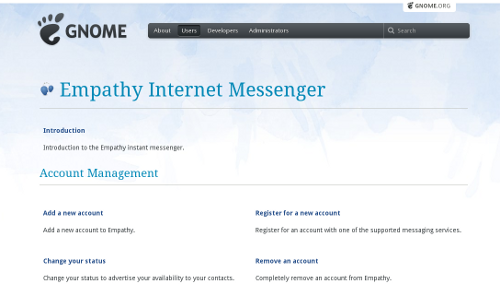 Next thing was to get live API search, something I actually did three years ago, but missing SCGI packages on RHEL meant that it was never deployed. Now that we have been getting used to deploy Django applications (snowy, shell-perf, damned-lies) it made sense to rewrite this using the Django framework. It's now waiting for a GNOME sysadmin to deploy, I hope you'll all be able to enjoy this soon. 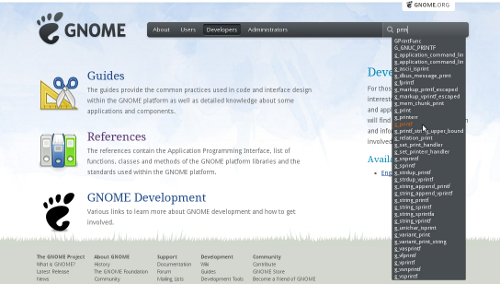 Then I went on updating the library.gnome.org theme to match what is being done for the future gnome.org website (amazing work by Vinicius and Andreas on this), this is still a work in progress, and it won't be deployed before the gnome.org website goes live, but it was also the opportunity to move pages around, create a more clear API references page, and so on, different things that will make it easier to be used for a future "GNOME Developer Center".

To sum it up it's really nice to have dedicated time to work on GNOME, something which is quite difficult in normal days, between work and other activities, so thanks a lot to the GNOME foundation for sponsoring my travel!