After being quite active for a while with the port of things to the new Bugzilla I went pretty inactive for GNOME, too many other things in life. Of course I helped a little bit in getting 2.28.0 out, made a few patches left and right, and continued publishing the weekly commit digests (they turned one year old without any celebration).

If not in GNOME, where have I been those last weeks? Short list.

I went to Saint-Etienne as a member of a thesis committee (I wrote about this in French).

At work (I know I rarely write about work here) I have been extremely pleased with the participation around the w.c.s. project, mostly from the AUF, it is quite cool to get a real community form around a project. Also I am close to the completion of another project, centered around an OpenOffice.org extension, more on this later. 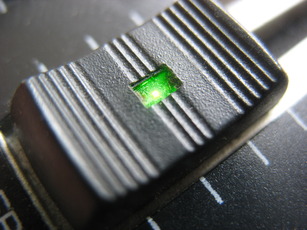 I got back working on the radio panik website, together with S, definitely low tech. I have also been assembling things, hardware and software, to create a ultra light portable studio, playing with a MIDI control surface. In the process I contributed two patches to jack mixer and immediately got promoted maintainer...