My GNOME OS is called Debian

Debian Squeeze was released a few days ago, this makes it a good opportunity to post about that distribution. Nowadays, even if I have more duties in GNOME than in Debian, I still believe Debian may be one step closer to me in terms of core values.

Free Software. Debian litterally stands for Free Software, the Debian Free Software Guidelines were the actual basis for the Open Source Definition, years ago. This is still going strong and an enormous effort hasa come to fruition with the release of Squeeze with a kernel clean of closed firmwares.

Or the discussion that gave birth to the Freedom Box project, that happened this year in Debconf10, (Eben Moglen talked about this during the FOSDEM, there is an article on lwn.net: Moglen on Freedom Box and making a free net).

Universality. While it was written that Linux is not about choice Debian still sports the inspiring "Universal Operating System" motto.

And it's true in so many areas, the vast number of supported architectures (and this has practical uses, ARM or MIPS devices are more common these days), or the attention to translations, from the website to the package descriptions (the joy of demonstrating a "babel box", demonstrating how the debian installer supported lots of languages, years ago).

I'd even say that this goes way further, and a projet like Debian Woman came to Debian before GNOME or Mozilla in part because of that "universality" tagline. 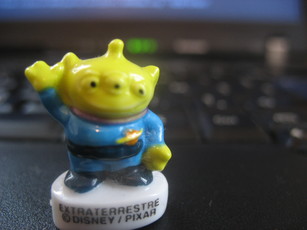 I will be updating various servers and other computers to Squeeze in the coming weeks, I don't worry about those updates, and I know they will keep working without causing me any stress for two more years, at least.

As of my personal computer, it will continue to run the Sid branch, just like it has been doing for more than ten years. And it will run GNOME 3, as Emilio Pozuelo Monfort, and others, are already doing a fantastic job packaging it.