And I wasn't there, but that has nothing to do with GNOME, just that it conflicted with another important project I had for almost a year, Radio Roulotte and a recurring one, Radio Esperanzah!.

The idea of Radio Roulotte mostly came last year, it was about getting a caravan and two horses, to visit various villages, meet locals and produce a radio show with them. We were a small team to talk about it, and then preparing it, getting new contacts, requesting some money, reshaping the caravan, etc. but it only became real when we met and the horses arrived.

And the days were cut in two parts, travelling in the morning... 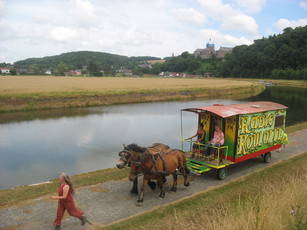 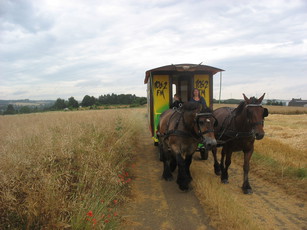 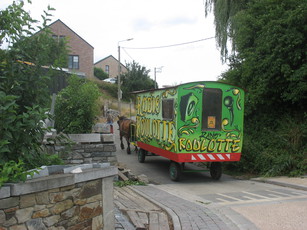 In the streets of Floriffoux, July 28th

... then assembling the studio, and that meant getting stuff out of the caravan, getting other stuff in, including electrical power, calibrating the satellite dish, etc. 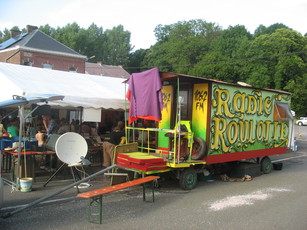 All of this to get ready at 6pm to produce one hour of radio, live with locals. 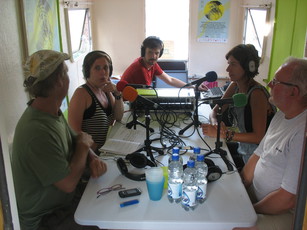 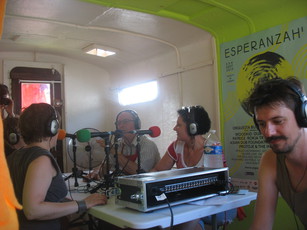 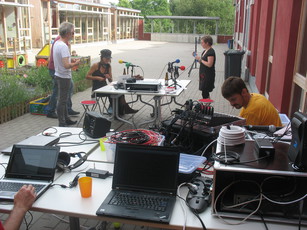 Studio in Floriffoux, July 28th (outside for the last one)

And as quickly as it started the week was over, we said goodbye to some team members, took a day almost off, and started welcoming members of the radio Esperanzah! team. That project is well oiled, it was the 10th time it happened, it's about covering the various parts of the Esperanzah! music festival.

So we went and assembled things again, the studio as well as our work room, the FM transmitter and computers below the stages to record the concerts. 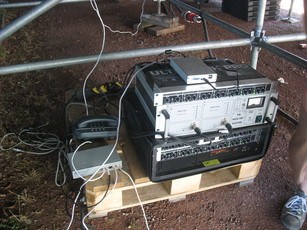 Hardware below a stage 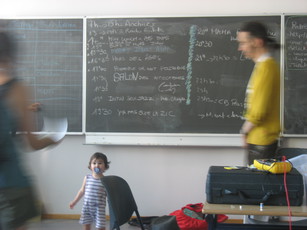 One day schedule on the board

The festival started, and we kept working, presenting the daily programs, interviewing artists and other participants, recording in the alleys... 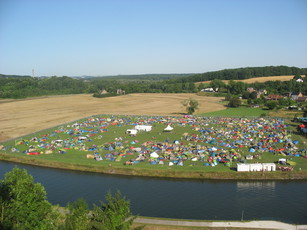 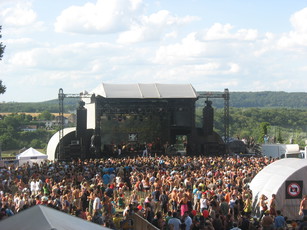 A concert on the stage

And for my part, mixing the concerts, so we could broadcast one on the evening and offer them to the artists. For the first time I did it with Ardour 3 (a git snapshot actually, 44fc92c3) and it went beautifully.

My horizon for three days

As usual I only attended a few concerts, but at least I got to see An Pierlé and Asian Dub Foundation.

So here you are, you now know what I did during your GUADEC. I heard many good things about Brno, let's work now to get 3.10 rocking in Septembre; and see you in Strasbourg for next GUADEC.