It's been ten days that 3.14 was published and what have I been up to? Parties, mostly. It started even before the actual release date with our biannual Brussels gathering, organized by Guillaume of Empathy fame; a few beers at the Chaff, a nice Lebanese restaurant, then more beers in the hidden bar of a youth hostel. Quiet evening before getting back to work and making the release happen (e.g. testing stuff and pestering a few persons for tarballs, as the technical release process was handled by Matthias).

Then on Thursday morning I went back to Strasbourg, as Alexandre was also having a release party, around ten persons showed up for a dinner with Alsacian dishes I couldn't spell or pronounce. It was also the unannounced start of a serie of podcasts Alexandre is preparing, so we discussed the GNOME project with microphones on between meals and desserts. 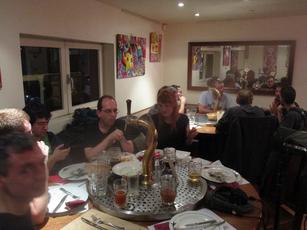 My plan was then to go to Lyon but they had already had their party, on Tuesday evening, and that's how my tour of GNOME parties ended short.

Fortunately that idea of a tour was just an excuse to get on the road^Wtracks, as friends were having a big party in Ariège, in the south of France, on Saturday night. And while some computer-related conversations popped up, it was mostly a GNOME-free night, that later continued in a GNOME-free week as I joined an old friend and lent a hand to his market gardening, in beautiful Périgord. 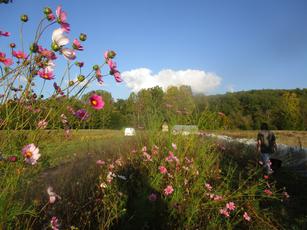 I am now back and enjoying 3.14, a quality release, with a very strong GTK+, applications converging to the GNOME 3 features (headerbars, popovers...), and the long missing piece, updated human interface guidelines (thanks Allan!).